The Atari 2600 and 5200 game systems are my all-time favorites -- the 2600 because the games are so simple, and it is simply amazing what developers have done with the meager resources available on that system. The 5200 because those are the games I remember. To me, the 5200 versions are the "right versions" of the games.

My systems have been RF-powered since I got them, but I have finally tired of the snowy picture and have installed UAV into these system. Many thanks to the members of the AtariAge forums for their help in my successful completion of these mods. 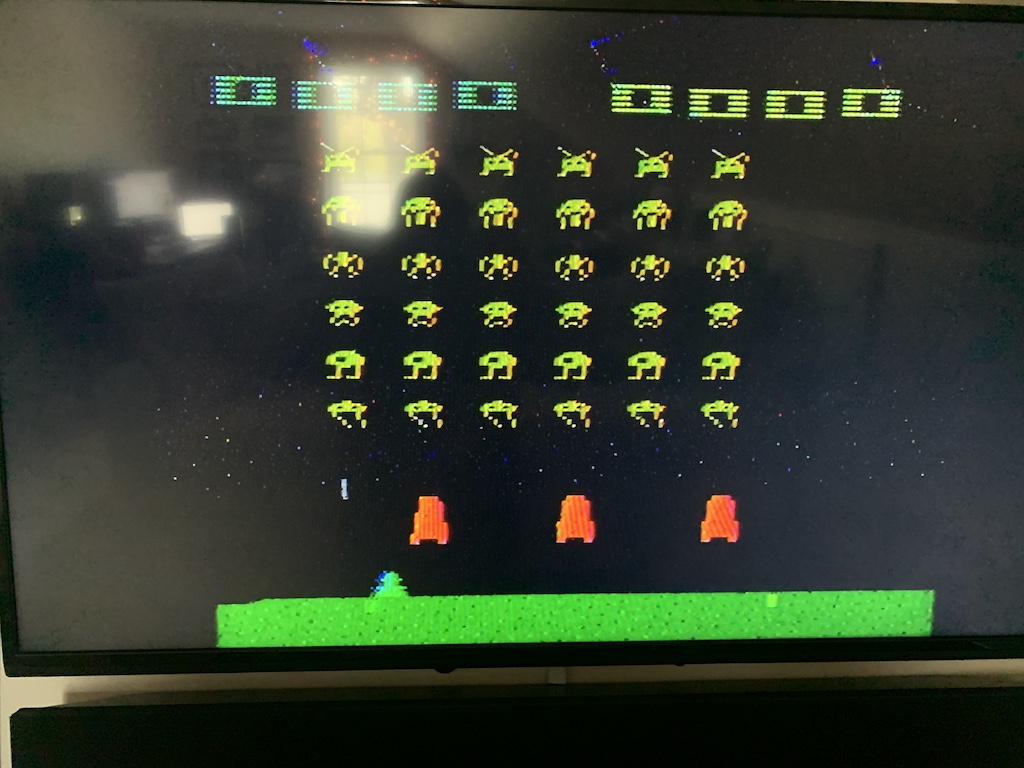 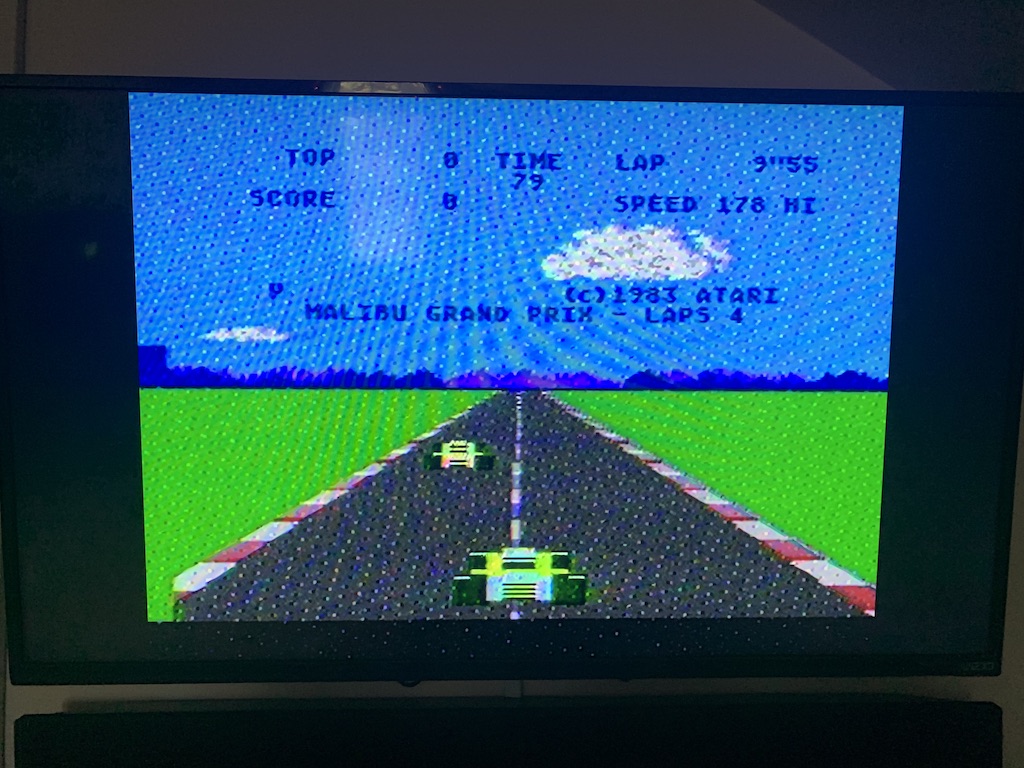 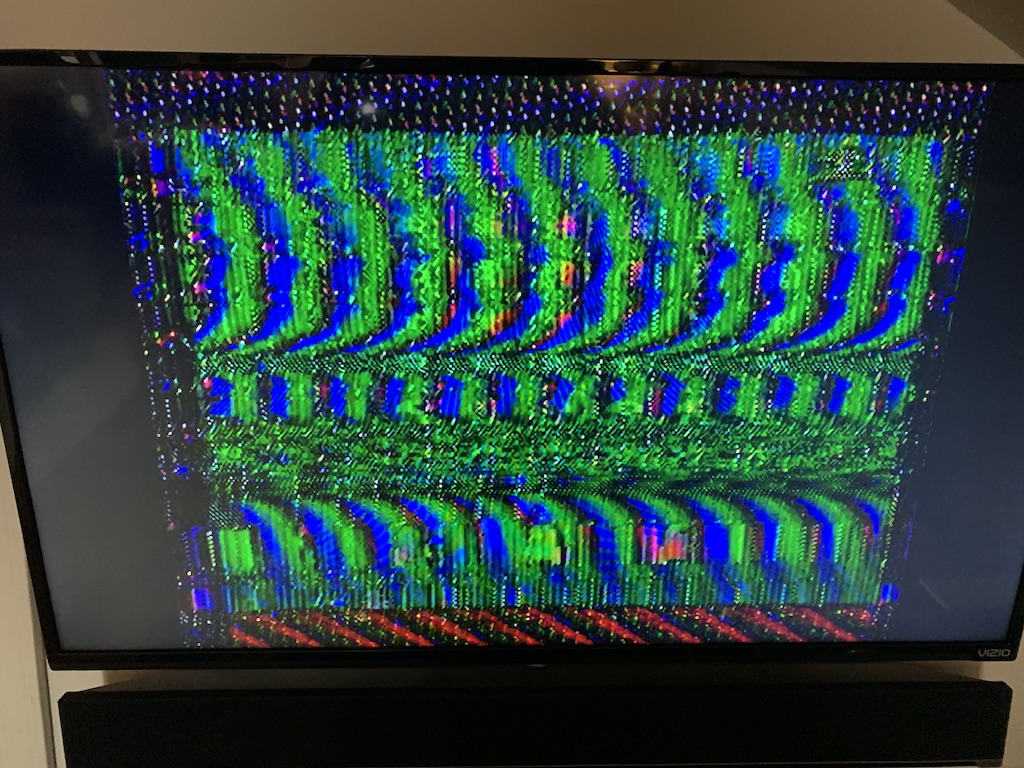 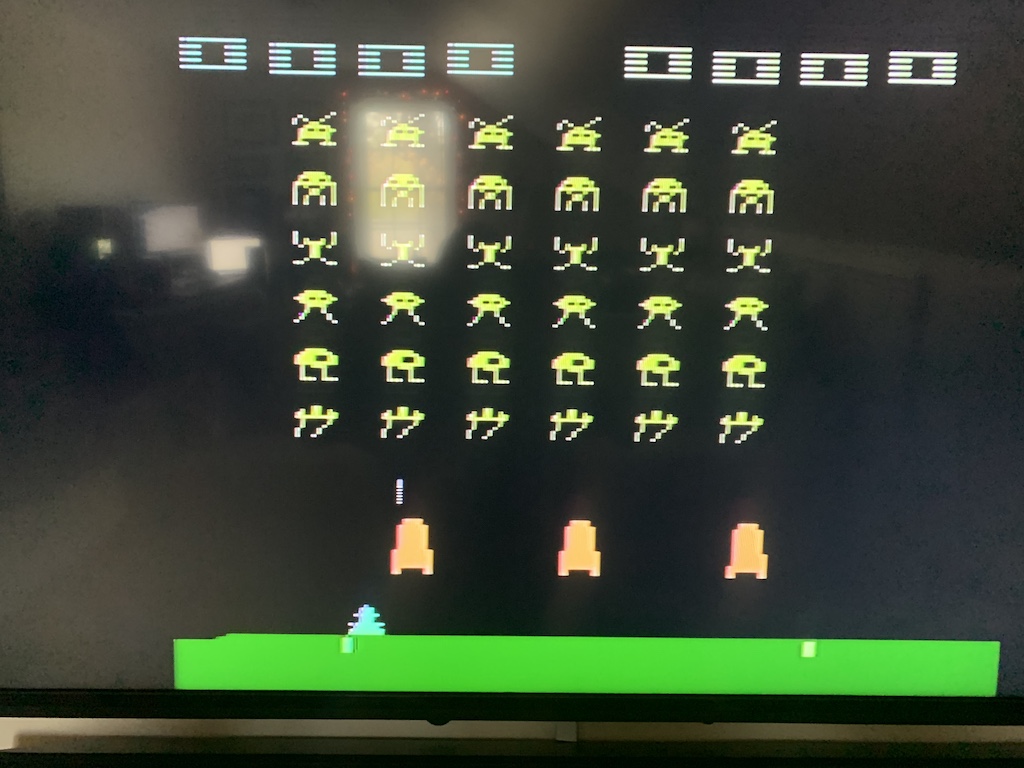 My workmanship on the mod is ugly, but obviously it works. Even though it's ugly, I am pleased with it because I have never done anything like this before. The system was basically nonfunctional and I have completely restored it! Yes, that is Space Invaders in the top screen -- if you look closely enough you can see the scores and the bases.

I do not have "before" pics of the 2-port 5200's video output, because I didn't think to take them. It was grayscale and very grainy, so I had left it for dead. I used it for this project because it already was in bad shape and I figured I couldn't make it any worse. Even so, here is the output of the modified 5200: 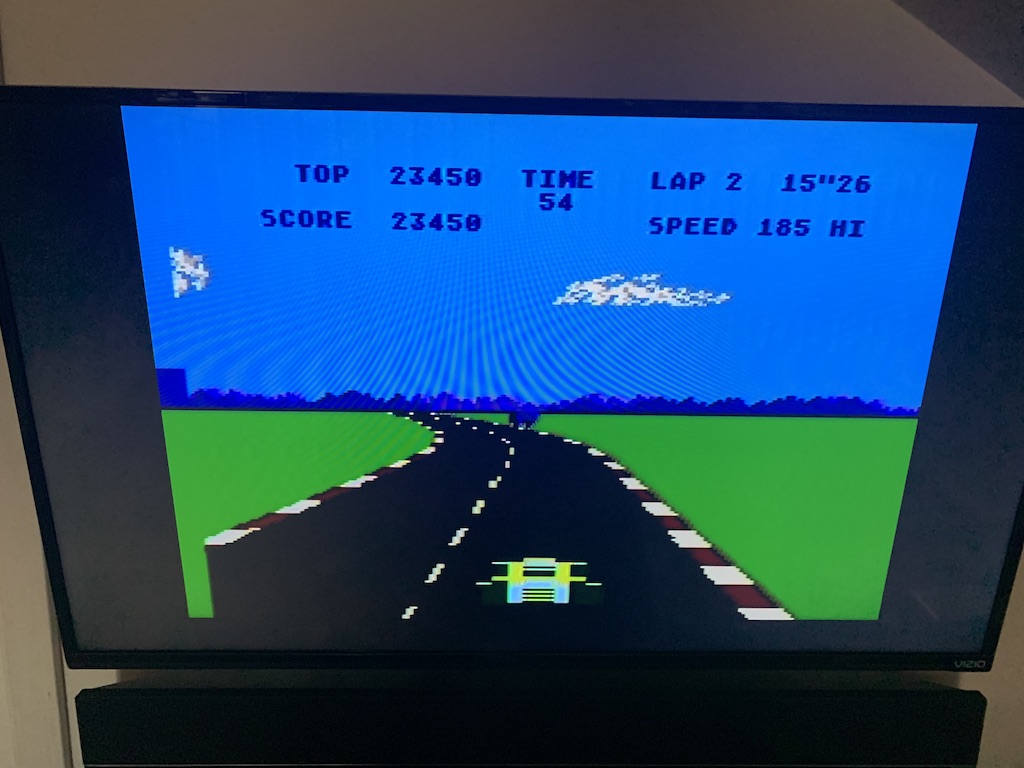 As with the 2600, my workmanship leaves a bit to be desired, but it does work. For this 5200, I had to pull the soldered-in 4050 chip, because I got nothing but a black screen with that installed. I cut the legs of the chip, pulled the pins, cleaned out the holes, and installed a socket. I then installed the UAV into the socket, and soldered a couple of wires, added a composite AV cable, and I was done.

For both of these mods I chose to cut the ends off of one composite cable per system, for a couple reasons. First, I have several composite cables on hand, but have no RCA jacks, and second, doing it this way does not require any modifications to the case.

I am an Atari fan.